Five years of technology: What has changed in the world of software since 2017? 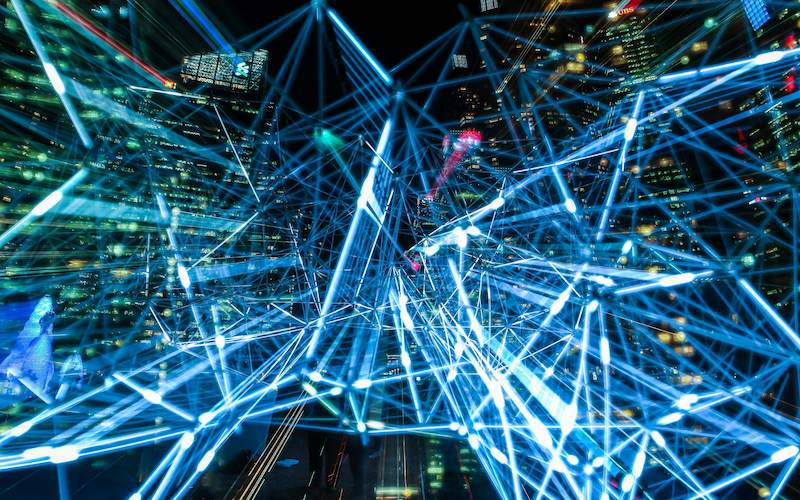 Every year, the data insight company Gartner, as part of their mission to help our industry to pay attention to the latest trends and development in software and development, publishes a list of the most promising technologies of that year, the ones that seem to be able to change the direction of the future.

Knowing this, and with the benefit of insight, we took a look into some of the predictions made way back in 2017, asking some of Scio’s leader, Luis Aburto, Rod Aburto y Adolfo Cruz, their thoughts about these technologies during the past five years, what they got right, and if some new developments could still await for us in the future. Enjoy!

“It has definitely become popular”, Luis Aburto, CEO, and Co-founder of Scio, comments. “Applications like Jasper.io have advanced to a point where they are not toys anymore, but tools that a professional organization can rely on.” On the other hand, Adolfo Cruz, PMO Director, holds the opinion that this technology is still in its infancy. “There’s still a long road ahead. These programs are still unable to emulate the soul of many creative tasks. Maybe one day, but not very soon.”

And in the case of software like the Applicant Tracking Systems we have talked about before, Luis still believes that AIs and Advanced Machine Learning are still not a “one-size-fits-all” solution. “These programs could work well in bigger companies that have an enormous amount of information to sift through, so an AI program could perform better in that case. But for medium companies like Scio or even smaller companies, human intervention keeps being preferable.”

“Although they aren’t ubiquitous yet, applications like chatbots and virtual assistants have proven to be a valuable tool in many businesses”, comments Luis Aburto. “We are currently building a chat application along with one of our clients, and it’s an interesting challenge that will get more complex, but also more useful day by day. Someday, you’re probably not going to be talking to humans in any client service.”

“Building a virtual mirror of a physical object is going to get big in manufacture and development of systems”, says Rod Aburto. “I know of business areas like airspace that can develop planes using the tons of data generated in each flight, gigabytes of information transmitted directly from the plane that could revolutionize the industry. In that sense, digital twinning might be a useful tool from now on, but I only see it in specific industries. Not much in the mainstream.”

“I believe AR is still marching slowly. Maybe now with the Metaverse, they can jump forward, although I see more future in full virtual reality than AR”, says Luis.

“And it’s still more of a plaything than anything else, without much in the way of practical applications”, adds Rod Aburto, referring to the current state of most popular AR uses. “At some point, it was said that doctors could do surgery at a distance with the help of this technology, but I see that as a very unlikely outcome.

“Even Microsoft, with the big push of the Hololens, couldn’t really crack it”, continued Luis. “They sold some to the military and the like, but for the average person, it seemed more of a novelty than a truly groundbreaking tool. And the idea of everyone walking around with Google glasses, seeing augmented reality applications everywhere, is not really the future I expect.”

“Okay, that one is everywhere”, said Rod Aburto. “But not necessarily with their original purpose of being a public ledger audited by everyone. Their main application is still in cryptocurrency, and more as a financial gamble than anything else.”

“Although the future seems to lead to the so-called Web3, where the more transactional aspects of the blockchain become clearer”, intervenes Luis at the end. “Like the whole “digital ownership” concept of NFTs, I think that this technology still has many issues to solve, like how costly it is to make transactions and not to mention how slow it is for any practical purpose. But those things can only improve.”

So what do you think? With all these technologies constantly growing and evolving, where will we be standing in five years’ time? Will some of these still be around as we know them, will they find new and exciting applications or something new will throw our predictions in an unexpected direction? Because one thing is sure: however the future shapes up, here at Scio we will be ready to help you explore new technological territories with the best talent in all of LATAM. Give us a call and let’s get started!

Scio is an established Nearshore software development company based in Mexico that specializes in providing high-quality, cost-effective technologies to help you reach new heights. We have been developing since 2003 and our experience gives us access not only to the knowledge but also the expertise needed when tackling any project. Get started today by contacting us about your project needs – we’ll be happy to help you achieve your business goals.