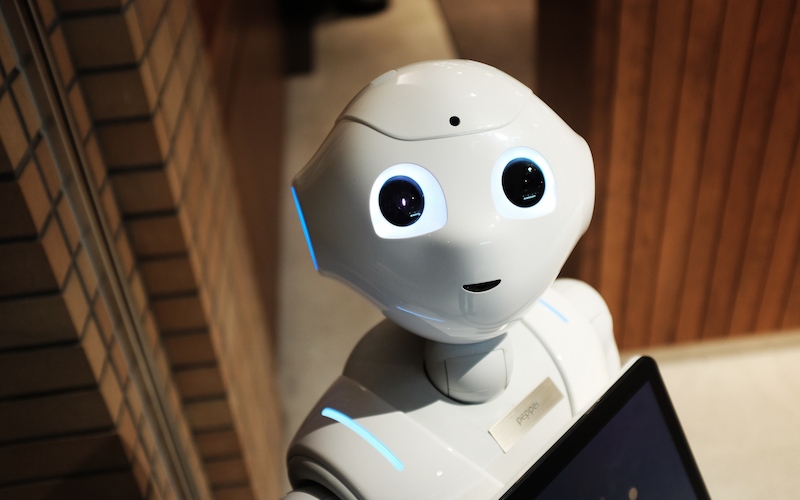 The idea of a future when AI can perform all sorts of tasks, even programming, is irresistible, but is it something feasible? Is programming a job that can be done by machines, and if not, why?

One of the biggest leaps of these past two decades, and indeed the most intriguing technology development of the 21st Century, is the advancement of Artificial Intelligence that seems to occur every day. It is understandable why; science fiction technology has a sort of magnetism that attracts all kinds of engineers, entrepreneurs, and visionaries, many of them with the cash to back up the R&D necessary to bring these visions to life.

AI also has the allure of being potentially implemented anywhere, automatizing plenty of daily tasks to free up our time. It’s also attractively dangerous, as countless Terminator jokes can attest every time a new development hits the news.

However, what is actually feasible for AI to accomplish? What are its real applications, at least for now? For the last 7 years or so, there have been some talks about AI being capable of performing more intensive labor, programming, and development among them, but is the job of the programmer in danger of being done by a robot?

It’s easy to imagine, at least. Plenty of tools already use some measure of AI to function, and interesting experiments crop up daily, from intelligent chatbots to autonomous machines. But are those tasks comparable to the actual job of programming in any way? Because as an engineer or developer knows, writing code is just a small part of the whole process of creating software.

“Processing large amounts of data? Software’s great at that. Figuring out what a human wants, or what a usable UI is like, or what the real problem you need to solve is… those are hard”, says an entry in the blog Code Without Rules titled “When AI replaces programmers”, which goes directly to the big issue in a future of machine-produced code.

Although there have been some advancements on the idea of teaching an AI to write code and produce entire programs, like the experiment done by Andrej Karpathy in 2015 where he trained a neural network with GitHub’s Linux repositories to write its own code, the results are still mixed. According to the site Perforce.com:

“[The] AI generated code (including functions and function declarations) overnight. It had parameters, variables, loops, and correct indents. Brackets were opened and later closed. It even had comments. However, the AI produced code had syntactic errors. It didn’t keep track of variable names. Sometimes variables were declared but never used. Other times variables were used but not defined.”

Of course, this was way back in 2015, and the technology behind these networks has only improved since then, but the actual viability of letting a machine program by itself one day, especially for more critical areas like Defense, Finance, or Healthcare, it’s still far away and will still be at the mercy of human instruction.

The advantage of outsourcing these kinds of tasks, be it to a remote developer or an entire Nearshore company, is the ability to communicate clearly anything you may want in the software produced. Collaboration is constant, communication is key, and the skill to apply different ways to solve issues is a given in any valuable development team.

Because that’s the gist of it, be it Art or Programming. Paintings produced by AI have been auctioned off for thousands of dollars, and are a great example of the places this technology can go, but most of them still look like this:

This is to say, the “creativity” involved in these kinds of efforts is still a long way off, and having this skill while programming is critical to producing code that solves actual problems and accomplishes the expectations of both clients and final users.

“There have been some experiments before, even since the 90s, with tools whose purpose was to generate applications”, explains Adolfo Cruz, Scio’s Project Management Director, and the best person to have an idea of where this technology is going. “If you wanted to generate a User Form, for example, you defined the parameters (first name, last name, age, date, etc.) and these programs delivered a simple but functional result.”

“Those very early tried, but they worked and now it’s evolving to full-on Artificial Intelligence. However, if these tools become a reality, they’ll probably lack the spark of human imagination. During development, a programmer sometimes gets ideas about cool features that could add value to a project, and these kinds of things will be difficult to achieve for a machine.”

“But beyond that, I think we’ll see software coded by machines. Maybe there will be a point when an AI can understand and interpret the user, getting a command like “create a chat program” and propose three options, which can be narrowed by the user.”

For sure, these three options would not take any time at all for a machine, but deciding which path to take from there, refining and redefining options, could be a tiring process, although, in terms of man/hours invested, it’ll need a lot less effort than having multiple people working on this same project.

“Still, there are a lot of questions unanswered”, Adolfo concluded. “How long would it take to explain exactly what you want, what frustrations would that cause, and how that impacts the adoption of this technology is a whole discussion to have. It’s not simply about technical feasibility, but acceptance among the public.”