Mythbusting: Is ‘native development’ always the correct choice when designing an application? 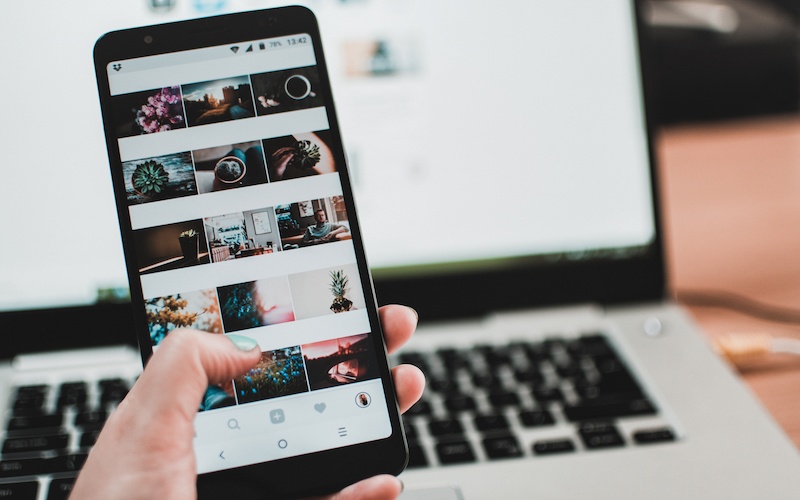 When it comes to creating an app, native development is often seen as the gold standard. After all, native apps are designed specifically for a particular platform, making them more user-friendly and efficient, and allowing developers to create products optimized for specific devices and operating systems. This means that they can take full advantage of the features and capabilities of a specific platform, typically resulting in apps being more responsive and with better performance.

However, when it comes to mobile development, there are a few different schools of thought about the best way to design an app. While native development is popular, others prefer cross-platform or web development, and each has important advantages and disadvantages that could very well decide the outcome of a project from the very beginning. For that reason, it’s important to choose the right approach, which ultimately depends on the specific needs of the app, and the resources needed to bring it to life. So, today we bring the question: is native development always the best choice? Or does it have some hidden hurdles that could jeopardize a project in the long run?

Because one thing is sure: with the complexity of today’s development environments, these questions are more difficult to answer than ever, but the correct choice is critical to ensure a positive outcome in any development project. After all, the wrong choice can mean more than a negative outcome (even setting a project back by months or years), so today we want to take a look into native development, the needs of mobile app design, and the pros and cons of choosing either approach, to see if the myth of “native development is always better” holds true or not. 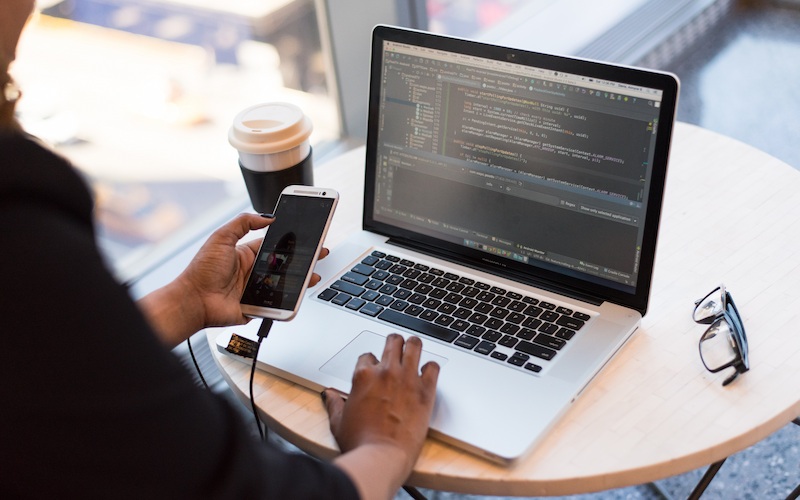 The debate between native and web-based app development has been ongoing for a long time. Seeing how mobile applications are increasing in importance almost daily, pros and cons are thrown around all the time, and the correct choice for a given project depends on a wide range of variables. One key consideration, for example, is the target audience for the app; if the app is being developed for a general consumer audience, then a web-based approach may be more appropriate, because they can be accessed across a wide range of devices, including laptops, tablets, and smartphones.

In contrast, native apps are typically designed for a specific operating system (such as iOS or Android) and can only be installed on devices that use that OS, likely making native apps less accessible to potential users, with the trade-off that this approach reduces the amount of work a development team needs to do to get the application up and running. With a very specific environment, there’s less room for errors.

Another important factor to consider is the level of functionality required by the app: if it needs to take advantage of features that are specific to a particular platform (such as GPS or camera), then native development may be the only option. However, if the app can function adequately using web-based technologies, then a cross-platform approach may be more efficient and cost-effective. The correct choice depends, then, entirely on context:

“Software development is a complex process, and there are many decisions that need to be made upfront. Some of these choices are technical in nature, others are more strategic, and still, others are more creative, such as coming up with new features or designing the user interface. With so many things to consider, it’s no wonder that making the right choices is critical for success”, says Adolfo Cruz, PMO Director and Partner at Scio. “Unfortunately, there is no easy formula for ensuring that all of the choices you make are correct; it requires a combination of experience, knowledge, and intuition. And in the case of native or web-based development, thinking ahead is critical, in terms of resources and work needed to make them work.”

There’s one thing for sure: native apps can be more expensive to develop and maintain. There are a lot of factors that contribute to their high cost, but first and foremost is that you have to design and develop separate versions of your app for each platform (iOS, Android, Windows, etc.) if you want to open your user base after the fact. That means more man-hours spent on development and more money spent on software licenses and other tools; for example, an app for iOS would need to be written in Swift or Objective-C, while an Android app would need to be written in Java or Kotlin, making cross-porting difficult. In addition, each platform has its own set of guidelines and best practices that need to be followed, making the development process more time-consuming and complicated.

In that sense, native app development can (counter-intuitively) be generally more complex than web or hybrid apps, increasing the odds that something will go wrong during development. On one hand, they can be more difficult to scale, as they need to be developed separately for each platform. And on the other hand, native apps can be less flexible than cross-platform or web-based apps, which can be developed using a single codebase and then deployed on multiple platforms.

“Developers often think that it’s easier to strictly focus on building apps with the manufacturer SDKs and getting them to market. Native development has advantages, but without an integrated approach that provides app management, analytics, testing, and back-end integration, native app development has the potential to create more issues, more complexity, and increased spending down the road”, is the analysis of the tech news site SD Times. “If integration isn’t done right the first time, future projects will be delayed, and it will lead to an influx of performance issues that will only lead to more work for the developers and potentially unsatisfied users.

If you think that choosing between native development and a hybrid or web-based approach seems to be a zero-sum game, you would be right. After all, there’s no way you make a choice that wouldn’t have a counterweight somewhere during the development process, so careful consideration should be given to your approach to designing a new app. In terms of the needs of a project, we can select four key areas that your team might need to consider before starting a project: 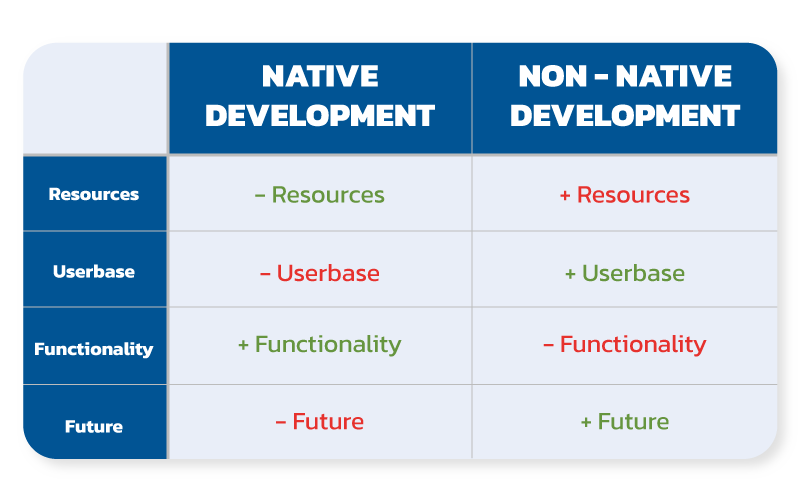 Native development, for example, can provide a better user experience, but as we already mentioned, it may be more time-consuming and expensive. A web-based development, in contrast, is faster and generally needs fewer resources but has the risk of offering a subpar experience for some users with the “wrong” kind of device.

And of course, this table doesn’t take into consideration things like specific features needed for the app (which might change the value weight of each of these choices), or more nuanced circumstances in development, like the adoption rate of a determined platform in a specific region, or circumstances outside development (like legal requirements when publishing apps), but it illustrates how this decision might require a careful balance between outcomes.

“It can be tempting to want to develop a native app for every new platform that comes out. After all, native apps tend to provide the best performance and the most seamless user experience”, concludes Adolfo Cruz. “However, there are some specific scenarios where native app development just doesn’t make sense, such as if you’re only developing a simple app or if you need to support older devices. In general, it’s important to carefully weigh the pros and cons of native app development before making a decision. Every positive outcome comes from understanding the nuance of development, and ultimately depends on the needs of the project, keeping in mind that each approach has its advantages and disadvantages.”