What Is A Successful Mobile Application Development Company?

Want a Mobile Application Development Company to create your app?

Anyone who has ever dreamt of creating apps or is in the process of doing so has hoped that they will be the one to bring the world the next Angry Birds or Facebook, but a lot of startup companies fail. The reason is that they don’t have the determination to put in the time or effort that developing an app takes. Along with having this drive, you will also need to be strategic when developing and marketing your application. There are a few distinct strategic patterns that the creators of these applications follow that allow them to gain momentum and rise to the top.

Focus on your target audience

When you think about all of the major applications, they all started out with a very specific demographic in mind. This works by utilizing smaller groups who will promote your app through word-of-mouth. Facebook was originally only meant for students at Harvard University and eventually expanded to other universities and later even high schools. It is now available to anyone over the age of 13 years old. This same system has worked for multiple apps including Instagram and Uber, which also rose to the top at a surprising rate. 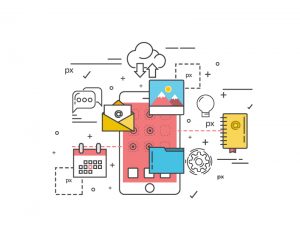 One of the biggest things to remember when creating popular mobile applications is to keep it extremely simple. When you think about popular apps, you will notice that they are all very user-friendly and you can get the full experience of the app in only a few taps. It works because people are drawn to things that are easy and straightforward and the simpler the app is, the more likely it is that they will continue to use it and tell their friends about it.

A mistake that a lot of mobile application development companies make is that they only target iOS users. This is because developers don’t want to risk the cost of developing for Android as well as iOS. This is not a wise choice for mobile application development companies however and this is because of the fact that Android users make up 80% of cellular phone owners. This means that if you only focus on iOS and ignore android you will only be reaching 20% of what you could be otherwise. There is an alternative to developing native apps, which is hybrid development. One code base is used for deploying into several operating systems, such as iOS, Android, Windows Phone, etc. Some benefits of this model are more affordable starting costs and faster speed to market. Use this approach if your app is not too dependent on built-in capabilities of the user’s device. 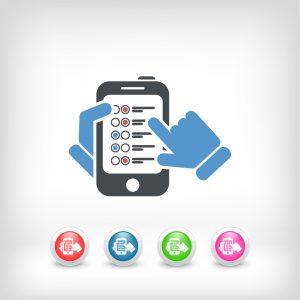 Most mobile application development companies who are just starting out think that they are going to have to shell out a ton of money for advertising and marketing. However, when you look at the most popular mobile applications they didn’t have to pay a lot for their popularity. This is because of their user’s word-of-mouth which creates a hype around the app. It is also because most popular apps have the option to invite people who are not yet using the app. Instagram is a great example of user promotion because it allows you to cross-post to other social media platforms. Small things like this allow the app to have absolutely free exposure with minimal effort on the developer’s side.

Scio provides end-to-end engineering services in a collaborative partnership to ensure that your team is an integral part of the solutions you require. We can offer a wide range of skills to make up a team that you can depend on – and work with directly. And when you need something more – we’re flexible. From helping to assess your needs to developing, implementing and maintaining solutions, we can offer as much or as little help as you need. Our teams can work with you virtually or on your site – but most companies need some type of combination of the two and we’re more than happy to find that blend too.  If you think that sounds interesting – Contact Us. We’re ready.