The Intelligent Edge: A new frontier in how we make software 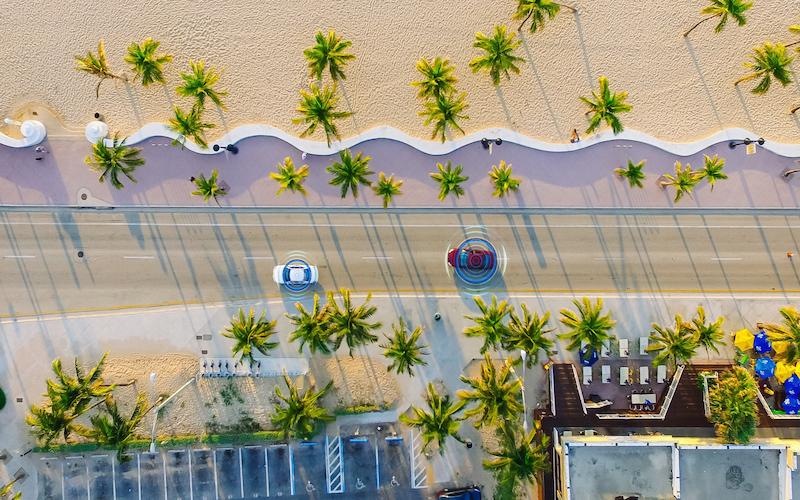 The intelligent edge is one of the most talked about topics in technology development today, and for good reason – it represents a shift away from the centralized model of computing that has dominated for so long. But along with this new way of doing things comes new challenges, which need to be addressed if the intelligent edge is to fulfill its potential. 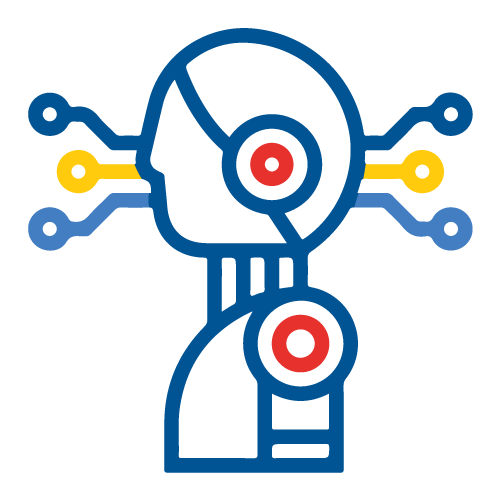 Creating solutions at the intelligent edge

But what is the intelligent edge? Is it just a mere buzzword, the same way “the information superhighway” was in the 90s, or it is truly a change in the way we approach technology development? Simply put, the intelligent edge focuses on making applications and services more responsive to local conditions and events by moving computation and data storage closer to the devices that generate and use them. For example, imagine an AI assistant like Cortana contained entirely within your phone, analyzing everything (weather conditions, hotel prices, people density on a tourist spot, available parking space, etc.) as you travel, without the need for a constant connection to the cloud or a data center somewhere. That way, we could have applications that are more responsive, reliable, and secure.

“The intelligent edge is an on-premises system that collects, processes, and acts upon data. Typically used within the Internet of Things arrays, the intelligent edge uses edge computing to reduce response times, bandwidth needs, and security risks. Since all the actions are taken on-premises, the data does not need to be sent to the cloud or a data center to be processed”, is the definition given by Insight.com.

And because they’re designed to work even when there’s no connection to a central server, they’re perfect for mobile and distributed environments, a technological paradigm that will become more important moving forward, from retail to healthcare. In retail, you can already see retailers are using the intelligent edge to provide real-time customer service and personalized product recommendations, and in healthcare, it’s being used to monitor patients’ vital signs and provide early detection of potential health problems, and the list goes on.

In consequence, the intelligent edge is a revolutionary way of utilizing recent advances in artificial intelligence and machine learning, not only an advantage for those who are already ahead but also creating new opportunities by challenging organizations to embrace these technologies wholeheartedly. 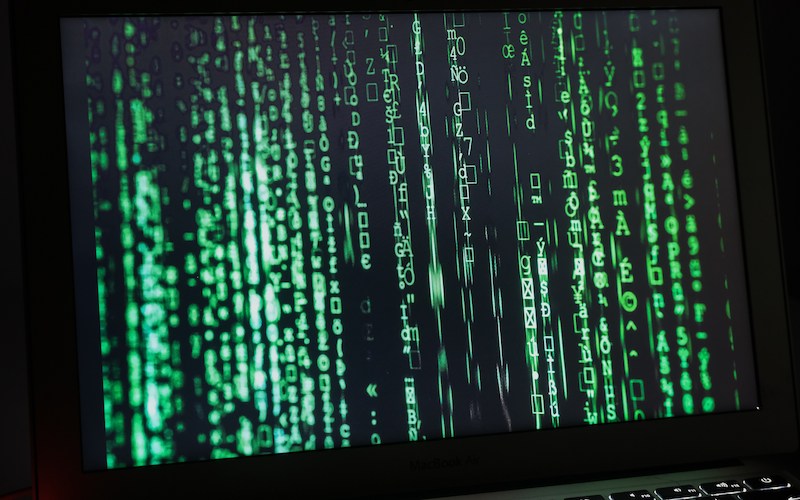 In the future we once envisioned back in the 90s, when the Internet was beginning to gain an important place in our lives, we “entered the Matrix”, so to speak, where a digital reality existed separately from our everyday lives. But what actually happened is that “the Matrix” slowly got incorporated into our physical space; augmented reality, the Internet of Things, streaming services, autonomous machines, IA assistants, and more aren’t meant to transport us to a different (digital) existence, but to bring its possibilities to our daily lives, into our real world.

And the intelligent edge is where the physical and digital worlds come together, presenting a whole host of challenges for software developers. As a complex ecosystem of devices, sensors, data, and connectivity, it requires a new approach to development because traditional approaches simply don’t work in this environment. The challenges the intelligent edge presents are numerous, but they can be boiled down to three main areas: data management, security, and connectivity.

These challenges are daunting, but they can be overcome with the right approach to development. After all, the intelligent edge it’s where the rubber meets the road, where developers are pushing the boundaries of what’s possible; it’s all about creating applications that are responsive to users’ needs and context, and that can make decisions on their behalf. It’s about creating software that is truly smart and can help users get the most out of their devices. It’s about creating applications that are always available, even when there’s no Internet connection to rely on.

But even with these challenges, the intelligent edge is the future of software development, and any organization that wants to stay ahead of the curve needs to start thinking about how to design applications to take full advantage of this new paradigm. 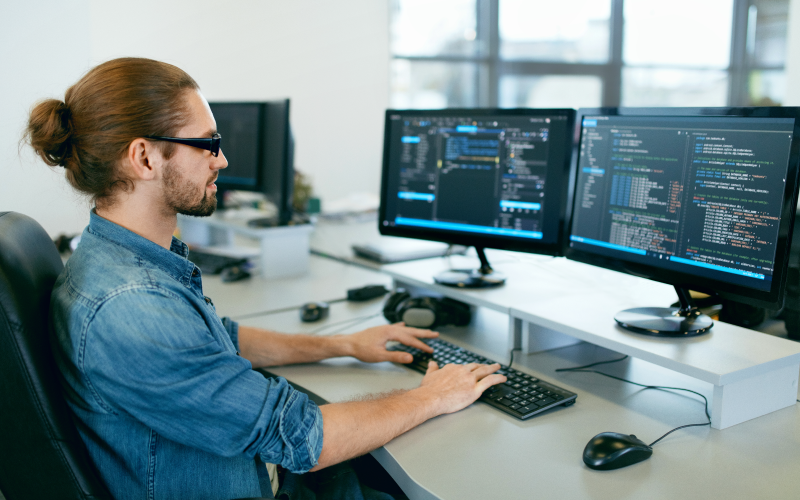 The set of development practices of DevOps, which bridge the gap between software developers and IT operations while shortening the production cycle, might hold an answer to the challenges of the intelligent edge. After all, the goal is to promote communication and collaboration between these two groups to improve the overall efficiency of the software development process required by this paradigm, and DevOps it’s characterized by a focus on automation, often using tools such as Puppet and Chef which allow developers to spend more time on writing code, and less time on manually deploying and configuring software.

In addition, DevOps practices often emphasize the importance of monitoring and logging, as this can help to identify problems early on and prevent them from becoming major issues. By bringing developers and IT operations closer together, DevOps has the potential to vastly improve the quality and efficiency of software development, as analyzed in this article by Forbes Magazine:

“DevOps is the key component to assemble complex embedded software at the intelligent edge. Traditionally, embedded software developers wrote code. When they were finished, and the application had been through quality assurance, the embedded “Ops” (production) installed the systems. This sequential “waterfall” model is too slow for the intelligent edge, which is operating in real-time.”

Thus, when developing software for the intelligent edge, DevOps is king. By automating the software development process, DevOps helps developers create high-quality code faster and with fewer errors, automating the deployment of code to testing and production environments, making it easier to keep track of changes, and ensuring that code is always up to date. As a result, DevOps can help proponents of the intelligent edge move faster and achieve their goals with fewer headaches.

“Under the DevOps banner, different embedded developer personas (e.g., platform developers, application developers, operators, data scientists, or DevOps engineers) work in scrums. They push out new software releases as part of agile teams and do it so rapidly that it’s better to integrate the Ops and QA (quality assurance, testing) teams into the development process”, continues the aforementioned Forbes article.

Living on the edge with Nearshore 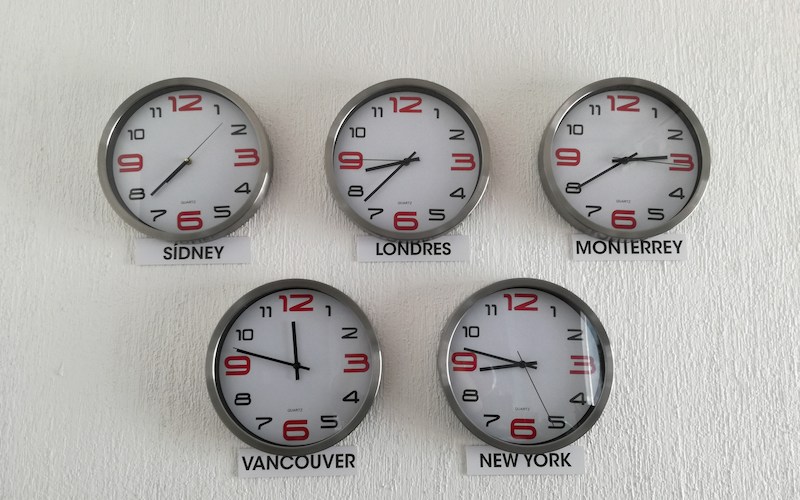 Businesses are becoming more reliant on data, and the need for intelligent edge solutions is only going to grow. However, among the challenges associated with developing these solutions, one of the biggest is finding the right talent. There is a global shortage of skilled workers in the field of software development, and this problem is only compounded by the fact that many businesses are located in developed countries where technological labor demand is high. Nearshore development can help to overcome this by providing access to talent without sacrificing communication or compromising outcomes.

The resulting collaboration between businesses and nearshore development companies can help to create an ecosystem of innovation that leads to better results, and by overcoming the challenges associated with developing intelligent edge solutions, businesses can stay ahead of the curve and keep their competitive advantage.

“In today’s fast-paced world, software development needs to be agile and adaptive to keep up, and by reducing silos and communication barriers between these two teams, DevOps enables quicker and more reliable software delivery”, says Rodimiro Aburto, Service Delivery Manager and Co-Founder at Scio. “In addition, DevOps also brings other benefits to Nearshore software development, such as increased collaboration, better quality code, and improved customer satisfaction, helping businesses respond faster to market changes and stay ahead of the competition, especially when it comes to working at the intelligent edge.”

As a result, DevOps is a key ingredient for any successful Nearshore software development team, especially in today’s business world, where the intelligent edge will seemingly become a norm. And for businesses looking to prepare for this paradigm, the answer is spread out across multiple locations in Nearshore collaboration hubs, where teams of experts can work together to find the right solution, and businesses can tap into a wide pool of talent, which can help to speed up decision making and prepare for a new approach in software development.

So, if you’re looking to get ahead in the world of intelligent edge development, make sure you’re using DevOps. It’ll make your life a whole lot easier. As the world becomes more connected, nearshore collaboration hubs are becoming an essential part of doing business.