Looking for a partner to build an app?

With the internet constantly changing and expanding, developers have raised the bar on what they can and will do. 2017 will be a year that brings a lot of advances in the world of web development and we have listed the biggest trends on web development down below.

Virtual reality is something that has been up and coming for many years but it has really been picking up steam in the past few months. This trend on web development is especially popular among the gaming industry recently and allows gamers to delve into their games completely. More and more development companies are integrating VR into the web and we expect to see more applications developed with virtual reality technology. 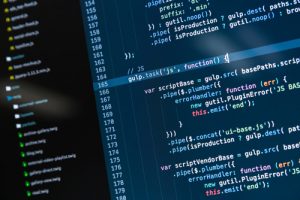 Although Rails 5 was released in late June of 2016, it is expected that it will gain popularity as 2017 progressed. A really exciting feature of Rails 5 is that it has blended rails_api gem into it’s codebase. This allows developers to create API only applications and can connect them to a Javascript or native framework.

Artificial intelligence, or AI, is thought to be the be-all and end-all of web development and technology as a whole. Each year it gets closer and closer to actualization due to all of the advancements that have been made in this field. Google, Facebook, and Microsoft among other tech companies have released their versions of AI technology. This technology has already been implemented into websites such as Wikipedia and Google Search and become one of the most popular trends on web development among companies.

Static website generators have the ability to create websites from text. These are usually stored in files and not databases. This kind of thing can allow for certain advantages such as higher speeds, ease of deployment, and security. They do not have any interactive user content which is a necessity in today’s day and age so we expect to see a lot of growth in that area in 2017. 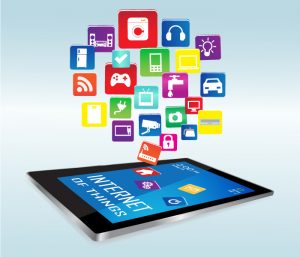 In recent years we have been integrating internet into anything possible from our daily life which allows them to send and receive data. This can range anywhere from a thermometer to a sensor embedded in concrete that tells you if there are cracks. Although web developers may not directly create these devices, it is likely that they will have a hand in creating the applications that are connected to them that allow the user to read and analyze the data.

Package managers has become an especially popular trend on web development among frontend Javascript communities because they make the process of installing, updating, configuring, and uninstalling code modules within applications much easier. This is because they communicate with a registry of code modules and manage the various dependencies that are often present in code modules. NPM and Bower are the current most popular Javascript package managers. However, Facebook has also recently come out with a package manager in collaboration with Google, Tilde, and Exponent which is expected to gain popularity in 2017. Yarn uses lock files to connect modules to a specific point in the application which will put an end to the customer having problems that the developer can’t see.

Scio provides end-to-end engineering services in a collaborative partnership to ensure that your team is an integral part of the solutions you require. We can offer a wide range of skills to make up a team that you can depend on – and work with directly. And when you need something more – we’re flexible.

From helping to assess your needs to developing, implementing and maintaining solutions, we can offer as much or as little help as you need. Our teams can work with you virtually or on your site – but most companies need some type of combination of the two and we’re more than happy to find that blend too.  If you think that sounds interesting – Contact Us. We’re ready.