“We are starting to shift our place in the world”: An interview with Senior PO Gilda Villaseñor about her volunteer work with young women in the software industry. 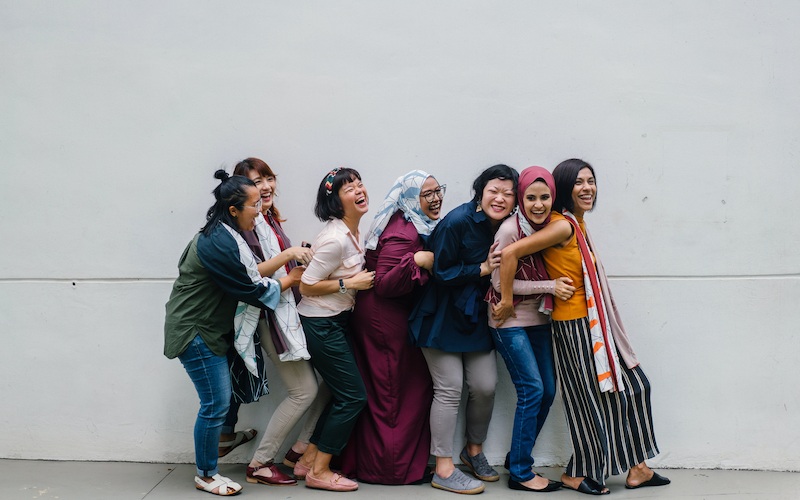 Even if the software industry is open for everyone with talent and dedication, women historically had to overcome more challenges to carve their own spaces. So we had a chat with Gilda Villaseñor about her work with Technovation, and the motivation to bring more women into this profession.

I was fortunate enough to never notice the idea that math was for men, and women should focus on areas like the Humanities. So when I was in middle school, I started playing chess, and I think that gave me a certain mindset that helped me identify or generate some complex scenarios in my head, and analyze them carefully.

I trained that part of my mind often, but without thinking of a specific professional area to apply it until my mom signed me up for a computer workshop. Both of my parents are doctors who worked at the IMSS (the Mexican healthcare system), and they had a coworker in the IT department that was always telling them about how computers were coming strong, and as they always had been curious about everything new, said: “Well, let’s get her into it to see what happens”.

I didn’t put any resistance to the idea, to be honest. Back then, my siblings had a very strong affinity for art, and they were always doing something related to it. It was something I wasn’t interested in at all, so I was the one that never had anything to do on weekends, and I joined that class.

Well, it turned out that I was good at the logic needed to write programs; they taught us how to write very simple procedural programs, but I realized that I understood those things quicker than all of my classmates and made things work faster when I was writing code. In the beginning, it was just a hobby, though, until I started high school and realized that I was better at the Computer class than the rest of my friends, so when I was finishing school, I decided I wanted to study something that could take me out of the city, and among my options were Computer Science, which was available at the Tecnológico de Morelia, but I wanted something different.

In the beginning, everything was fine, but during my last years of college and my first professional years, I started to notice very few women doing the same things as me, although I didn’t question it until I started hearing the stories of other women in the field. And it was when I reached a certain level when I noticed how my knowledge and experience were sometimes questioned without reason, and I wasn’t advancing as easily as my male colleagues, finding certain resistance to my authority when I started climbing up the hierarchy.

Also, having to decelerate my professional career when I chose to exercise my maternity, and the difficulty of having to juggle my job with taking care of my kids took a toll, as I couldn’t keep my rhythm the way some of my male coworkers could, which is part of the reason why I wanted to change things for myself and any woman working on this industry.

I started my volunteer work in an international program called Technovation. I was there between 2016 and 2019 until it had to stop because of the pandemic, and although I’m not active on that initiative right now, I am collaborating with others that try to bring more women to technology, business, and even writing, where we do women groups helping each other to break the stereotypes and current models, seeking to attain better conditions.

I have always had the impulse to seek a way to improve the conditions of everyone around us, from how we treat each other, to what happens during the professional growth of my colleagues. What started my dedication to this was a women-exclusive event I attended once, where all of these women talked about the challenges and problems they faced at work when they start to climb up in the ladder, and that’s how I started to realize many things I never questioned before, like how few female managers I’ve had, which I believed were just the way things were.

These testimonies, and seeing what other women were already doing in similar organizations and volunteer programs, as part of a greater initiative to support women, fired me up and made me want to get involved.

Some other female colleagues and I started seeing what was happening in other cities of Mexico, and started to investigate what we would do here in Morelia; we were a group of professionals seeking a way to start changing things, looking for a way to join initiatives directed at women in software.

So that next year I found the international initiative of Tehcnovation with Maria Makarovaand other women showing us what that program was about, what they did, and the things they were achieving with girls between 10 and 18 years old, and everything around that.

We brought this program to Morelia and started with some girls from residential care and private schools, and the year after that we worked with girls from an association that helps kids in underserved communities, helping them obtain an academic education from elementary school until they are ready for college.

We were surprised by the high level of engagement they showed and integrating them into these kinds of efforts is very satisfying for them, and us as mentors. You learn a lot from this labor and it’s gratifying to see kids and young women acquire new skills, especially when they see the possibilities of technology, and the communities we build for and by women.

The biggest challenge I saw was that, since this was an international program, most of the resources we used were in English, and although we do the effort to translate everything we could, some of the books and materials were still in another language, so we had to do some additional things for the girls that couldn’t understand it, or they learned to translate, using what they had at hand, like online translators and such, to learn.

Outside of that, everything else was a great collaboration, with some sponsorships from the local government, which lent us some spaces to do these workshops, and help from Universities and local companies, like Scio, BlueBox, IA Interactive, and Fundación Amamba A.C., in the form of facilities and coffee breaks for the events.

I saw a lot of collaboration and the desire to be part of a change for women, where talented people are always needed, and in most cases the resources exist to keep pushing forward these kinds of efforts, bringing lots of institutions to collaborate and be part of the change.

Back when I started, most of the interactions I had at work were with men; if the teams I collaborated with had 10 members, there would be a single woman in there at most, so I normally worked just with men. But in the last decade, I’ve been noticing a difference; I see more women in development teams, or the software industry in general, not only in departments that require soft skills but in high positions in a company that used to be solely men.

A lot of it has to do with the benefits that are starting to be offered in the industry, with spaces open for us. Now is very fortunate to have the option of working from home, and the women that are having kids now, have the chance to focus better on the very demanding task of raising children.

So, things like these had to do with necessities exclusive to women, but that has an impact in a whole context, and I see how they are starting to change. There’s a lot left to do, but benefits and offerings like that are becoming the norm in the industry.

Technovation is about inspiring and orienting young women to follow a technical career, showing them they can. That empowers them immensely, and through workshops about technology and business to create, launch and market products, essentially teaching them how to create a start-up, teaching them to be independent, and enjoy what they do.

More everyday situations are covered in talks and events targeted towards slightly older women. For example, when a woman decides to get married, for some it’s not easy to balance a marital and professional life, because this prejudice about women having to devote themselves to their homes still exists, and even more when motherhood and children are involved. These topics get touched more on the writing groups I mentioned, where the stories we write we reflect on ourselves, the world we navigate, and we confirm that most of the times we are positioned in a disadvantaged place, but we work intellectually, emotionally, and psychologically to overcome these situations, creating sorority ties between us.

We are starting to shift our places in the world. If you compare past and new generations, I think we are already changing our self-perception, how we see each other, and how we accept ourselves. What’s next is bringing these changes to our workplaces, fighting for places with more favorable conditions for women, taking into account our necessities, our specific contexts, opening spaces for us to communicate and collaborate.

In the tech industry, right now there are a lot of incentives and resources being invested, and for women, it’s a place to reach economic independence, with the option to move freely and choose for yourself, which is why I want to encourage more women to try this area.

The women from Mentoralia, the association that organizes the Technovation program in all of Mexico, are starting to develop other similar workshops, and it was with them that I started to bring these efforts to Morelia. I always had their support, and that opened plenty of doors for me to meet incredible women from all over Mexico, which is incredible and it’s a good incentive for anyone looking to join as a volunteer, as it is something we are passionate about, and we build networks of female friends and colleagues that have a good time together while changing the prejudice and stereotypes linked with software, trying to bring a future where women never have to question if they have the space to join in an important professional area such as technology.