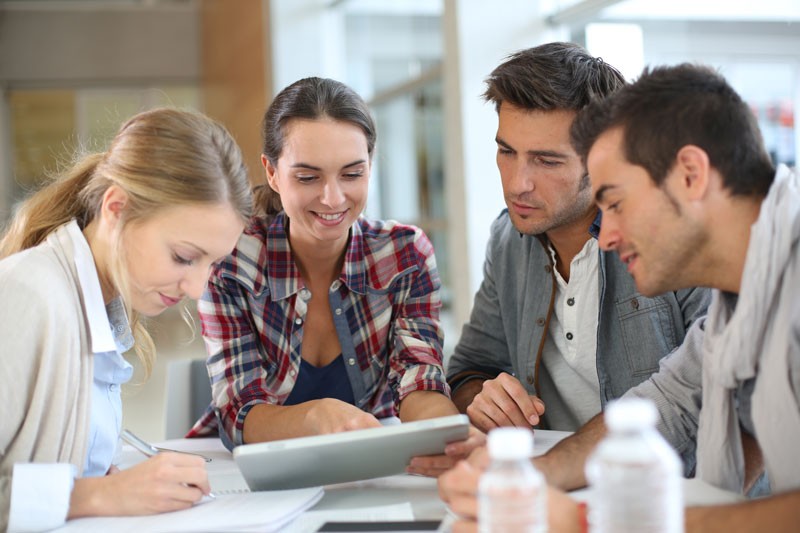 Rotating team members on agile software development teams is a controversial subject. Some leaders in the agile community are strongly opposed to the idea and won’t consider it at any level. Others are open to the subject, but frankly too concerned about the possible downsides to actively plan rotations or even hint to their customers it might be a good idea. And of course, there are the wild-eyed optimists who claim it is the best idea possible for every situation.

Our focus for this article is dedicated teams – teams with members selected for their skills and reliability over the long run. Typically, dedicated teams have no set sunset. They are dedicated to a product or part of a product suite and they generally stay through the active development and maintenance of a product lifecycle – which for enterprise software maybe years. But, that said, the ideas that bring up the subject of rotating members of a dedicated team could apply to any long term project, especially with smaller (3-5 member) teams.

And let’s be honest about one other thing too: the longer the project or product lifecycle, the more likely it is there will be an “unplanned” member rotation. Births, deaths, illness, vacations, career advancements and changes – all sorts of life events have to be managed as a part of maintaining a dedicated team. Even if the time a member is away is relatively short, in less than two weeks, the impact on the productivity of a small team needs to be managed to continue to meet client schedules and expectations. In some cases, the remaining team members can sustain production for a period of time by adding additional hours daily and on weekends, but eventually, that will take a toll on their personal commitment to the team. And when there is an unplanned need to bring in a replacement, there are consequences to the team regardless of the additional manpower provided. In fact, it is well understood that if for some reason two members of a small team needed to be replaced over a short period of time, it would be catastrophic for the team. Bringing the new member “up-to-speed” with mentoring and knowledge transfer takes time and effort of other team members away from their work.  And, there is the well-understood impact of a team “forming, storming, norming, and performing” cycles as described by Tuckman. Changing a member of a small team always creates issues. Without some planning and forethought – it can kill the effectiveness of a team for an extended period of time.

So – why would anyone want to consider the idea of rotating team members on dedicated agile teams?

There are more reasons too – but those concerns represent some of the more common drivers of the idea. They are all real issues and the problems the teams dealing with them have an impact on the projects they are in. But – does planned rotation actually solve the problems? Does the upside outweigh the downsides? Can rotation be planned well enough to overcome internal team dynamics? Will the supposed benefits last long enough to make rotations something you want to do? Can you actually present a case that would make client support, rather than oppose, the practice?

The answer would have to be – it all depends on implementation.

This is an important and evolving area of management for outsourced agile teams. It is not widely discussed in the software development industry. Clients come to outsourcing vendors to avoid issues like team cohesion, resilience, and long-term stability. It may be difficult to bring them into a conversation about an issue that is seen as a vendor responsibility.

But, there are some ideas that are coming forward and worth considering. Larger outsourcing vendors can propose a dedicated “pool” rather than a team. The actual team in production continues to be a small number, but the vendor commits to a larger group, perhaps 7-10 including the active team, of developers that are involved and can become a team member with less overhead from change. This allows the members of the pool to become involved in project and product discussions, review code, and be the sounding board for ideas. There has to be an adjustment of the cost to allow this kind of an arrangement and a clear commitment by the vendor to avoiding the issues that are considered part of dedicated team contracts, but in certain situations, it is worth considering.

In the final analysis, it is hard to value the practice of rotating team members on dedicated teams. It can seem like a great idea if you have experienced the downsides of long-term engagements where unplanned changes and team stagnation become barriers to success. If the motivation, implementation, and outcomes are not carefully considered and monitored, it can become a serious distraction from productive development. Neither outcome is good so this is an important consideration and the decisions are likely to be different in every situation.

If you have experience with team member rotation (and not just fears or wild optimism) – I would be interested to hear your thoughts. This is still an unsettled area in agile team dynamics.

Scio is a provider of outsourced, dedicated and project teams for agile software development to our nearshore clients in North America. We have experience with many team and project configurations and would love to discuss how we could help with your next project. Please contact us with your questions.