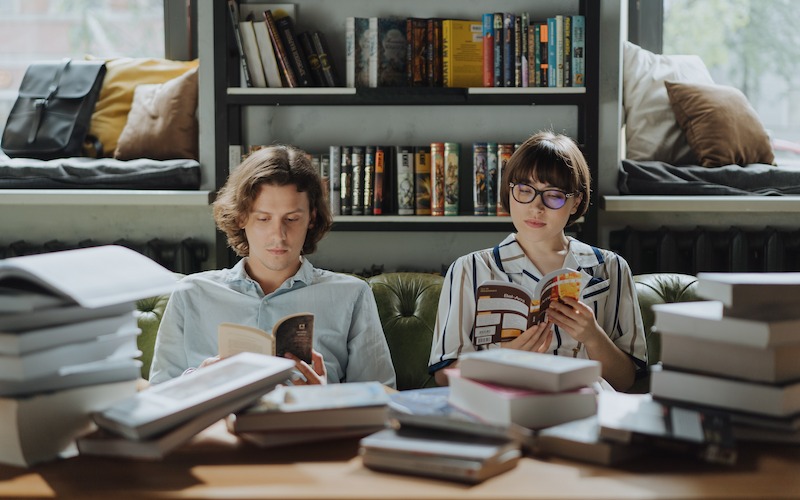 There aren’t many professions without a stereotype attached, and programming is sure among them. But are these ideas about the personality of programmers accurate, or are we missing something else? Let’s look into these old myths, and see if they hold up.

When we think about programming and software, we tend to conjure a specific image in our minds, a stereotype that has accompanied the profession almost since the beginning: the image of a coder hacking away at the keyboard, immersed in a world of their own, without the need of much company.

However, if this was true at some point, it still is? The stereotype of the introverted programmer is an even mix of fact and myth, and here at Scio, where we know perfectly the talent we work with, we want to shed some light on the reality of people applying a special skill to create software.

Is it possible to profile a personality?

Since the days of the classic “Temperament Theory”, which tried to divide people into 4 distinct types (namely: Sanguine, Choleric, Melancholic, and Phlegmatic, which are pretty weird classifications if we are being honest), people had the impulse to try and understand their personalities, where they come from and how they affect their everyday lives.

More scientific approaches to these questions have evolved from the 20th century onwards, and today we understand that personality, affinities, and preferences are more fluid and flexible than we once thought, even if we simplify the whole idea for the sake of practicality.

The Myers-Briggs Type Indicator nowadays is one of the most popular systems to tackle this subject, going more in-depth on the inner workings of a person instead of just focusing on their outward behavior.

Going back to the idea of programmers as introverts, things like the MBTI bring some very interesting insights about this professional field and the people who feel compelled to it. What can we find there?

What you need to know right now, is that the “introvert/extrovert” dichotomy is a little outdated, simplifying a vast swath of personality types into two neat boxes with little in-between. What the definition of “introversion” tries to convey under this understanding, is people who don’t have much affinity for a specific kind of social interactions, preferring more individual activities, or with a pretty select group of people.

Although many probably feel this way, reducing it to only these signifiers leaves a lot out. What the Myer-Briggs does is check the balance between the following:

What this system maps out is the preference of the person, rather than the ability, so the metrics here assign percentages based on what a person would prefer to do in a given situation, ending up with a combination of 4 letters based on their highest percentages, like INTP or ESTJ. Please take note of the use of the word “extraversion” instead of “extroversion”, which will be important in a minute.

There are pros and cons to this approach, but the important part here is that we have a lot of historical data to see what large swathes of the population prefer, and in programming, the results are pretty interesting overall, challenging many of our notions about the “introvert coder” stereotype.

So… are programmers introverted or not?

We are getting there. First of all, since we are looking into preference instead of abilities, it’s important to note that certain groups, as a whole, will pick one instead of the other; it’s a decision (even if a subconscious one) instead of instinct, or impulse. For programmers, this preference goes towards Thinking (T) instead of Feeling (F), meaning that they like to analyze situations from a more objective point of view, not giving as much consideration to the emotional side of things

Now, this doesn’t mean they only do one of these things. It means that when compelled to act, people will feel more comfortable with a single approach, so if we look at coding, programming, or engineering (where you see lots of interconnected mechanisms balanced between “needs” and “wants”) people prefer Thinking (T) will be better at it. This post, titled “Does being an introvert make you a better coder?” puts it nicely:

“A typical software developer likes there to be a logical consistency behind a decision. It might not matter much what that consistency is, so long as it’s there. By contrast, other people prefer the ‘feel’ of the situation, using empathy and imagining what it is like more from other people’s point of view. In other words, there is a difference between coders and others, in how they tend to justify a decision.”

And as you can see, this has nothing to do with social preferences, or the ability to relate to people in any situation. That’s why this profiling system uses the word “extraversion”, referring to “the world of action, people, and things”, in contrast with “introversion”, or the world of ideas and reflection, both useful for doing complex things such as programming software.

“MBTI introverts prefer fewer, deeper, and more involved interactions with people, whereas extraverts prefer shorter and more frequent interaction. For getting to know users quickly, extraversion can be an advantage, but introverts are perfectly good at deep social interaction”, goes the cited blog. And it’s true; avoiding people has little to do with introversion, and the stereotype comes from misunderstanding what these words try to convey.

An alternative definition of the “introverted programmer”

So, to wrap things up, where does this leave the myth? As we said, maybe at some point in the past, before the development of agile methodologies or the normalization of a remote model of working, the stereotype of the “introverted programmer” was true and functional, but it no longer works that way.

People are more complicated than many of these systems will tell you, and lots of different preferences and abilities are desirable in any well-balanced team. What is true in the age of remote work, though, is that knowing how to interact and communicate well with your coworkers, clients, and managers at a distance are going to be a very valuable skill moving forward, and this has nothing to do with how one approaches the challenges of programming.

So we can leave behind all that and start thinking of the people best adapted to the work of programming in a different way; is no longer an introverted programmer, but a thinking one, whose intuition and affinity for code can be supplemented in a great way by social understanding and the clear communication that only the best Nearshore companies can offer.